In 2004, the Sri Lankan pop sensations from the 1960s, The Jetliners, held a reunion concert in Colombo. As a finale, they performed the song Bombay Meri Hai – a tune that has been a Bombay party standard since it was released four decades ago. The first time I realised that the tune was hugely popular south of the Palk Straits was in 2000, while eating a meal in a Sri Lankan restaurant in the New York borough of Staten Island. As I tucked into my hoppers and curry, a Sinhalese version of Bombay Meri Hai titled Ran Ran Ran blasted out of the speakers. I marvelled at how a song composed by a guy who lived around the corner from me in Bombay had spread around the globe like this.

Bombay Meri Hai is among my earliest musical memories. When I was a child, the song was always being played on Saturday Date, the pop music request show on All India Radio. But mostly, I heard the tune being performed week after week by wedding bands at the Bandra Gymkhana, opposite my grandparents’ home. Bombay Meri Hai is among the songs in the “masala” section of Catholic wedding parties – the fast-paced crescendo during which revellers wave white handkerchiefs above their heads to conjure up a long-forgotten aboriginal past as they dance to Marathi and Konkani folk tunes.

Perhaps because it’s invariably performed alongside tunes like Galyan Sakli Sonyachi and Sonyachi Kavla, I’d always thought of Bombay Meri Hai as a traditional Bombay Catholic tune. So I was more than a little intrigued when, deep into the graveyard shift at The Times of India in 1991, my Parsi colleague Roxanne Kavarana told me that not only did she know the man who had composed the tune, she was actually related to him. Over the next few years, I’d come to learn a little more about how Mina Kava came to compose the first-ever Indo-pop hit. 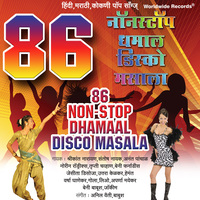 This photo was taken in 1958, when Mina Kava – peering out from behind the drums – was still a few years away from his burst of success (or at least success as defined by the standards of the tiny world of Indian dance music). It was shot at the Bandra Gymkhana when his band, the Music Makers, was staffed with best-known performers of the Bombay jazz world: pianist Toni Pinto, trumpet player Chic Chocolate and saxophonist Norman Mobsby. If you look closely, you’ll see that the photograph was signed at the bottom by two visiting American musicians: Dave Brubeck and Joe Morello. (Not pictured here are six men who were vital to the smooth functioning of the Music Makers and indeed, most Bombay dance bands of the time – well-muscled coolies. “Sure, we had to transport the piano from venue to venue,” Kava explained.)

Kava gave his first performance playing the harmonica on AIR’s Children’s Hour. After a stint as the leader of Phiroze Damri’s Hohner Harmonica Band, he began to take piano lessons so that he could start working on his own compositions. He rounded out his musical education with drumming lessons from Karl Lord, who lived around the corner from him, near Almeida Park in Bandra, and Hindustani vocal training with Pandit P Madhukar. After doing two bachelor’s degrees (he got a BA from St Xavier’s College and a BCom from Sydenham), Kava started playing percussion instruments for Hindi film soundtracks. But he gave up when he decided that the film industry was “run by cliques”.

In 1969, the recording company HMV asked Kava and the Music Makers to write a song about the city in which he lived. Kava had already made a few records for the company by then (and had changed his name at the insistence of HMV’s publicists), but his tunes hadn’t quite captured the imagination of the public. Like all the songs he made in English, the lyrics had been written by his formidable wife Naju and carried a whiff of Edwardian innocence about them. In 1966, they’d made their debut with an ode to their home state, which had been born only six years earlier. It was called Evening in Gay Maharashtra. (I have since given a copy to my friend, the queer activist Vikram Doctor, and he says that a remixed version of the tune is played occasionally at parties thrown by his Gay Bombay group. In 2014, as the court battle against Article 377 making homosexual sex illegal picked up steam, Suman Sridhar transformed the tune into an LGBT anthem.)

Kava and the Music Makers followed up with Viva La India, again with Uma Pocha on vocals. Kava even recorded a couple of bhajans, with vocals by the playback singer Krishna Kalle.

But Bombay Meri Hai broke the mould and established the template for the Indo-pop boom that would emerge in the mid-1990s. It had bilingual lyrics, ranged Indian instruments alongside Western ones and had an insanely addictive melody. It accomplished something none of Kava’s previous recordings had managed: “It made money,” said Maurice Concessio, the long-time bandleader who earned his share of the loot because the B side of the record featured Ritabelle, a tune he had written about Raj Kapoor’s daughter. The record brought him “lots of royalty cheques”, Concessio told me with evident glee.

The voice that invited listeners to sample Bombay’s delights – idli-dosa, hot samosa, among them – belonged to Uma Pocha, who died last week. Her younger sister Usha Uthup was already finding her way through India’s pop music world (she won a Padma Shri in 2011). But for Uma Pocha, music was just a hobby. She would soon earn her medical degree and spend the next few decades working in municipal hospitals. Before she disappeared into the hospital wards, though, she was invited to perform at a concert for the Save the Country Fund in Colombo in 1970.

Ceylon, as the country was then called, was very familiar with latest Hindi film hits. The Indian government had banished film music from All India Radio only a few years after Independence, so Radio Ceylon, left with several powerful transmitters set up by the British for wartime broadcasts during WWII, saw an opportunity to draw in advertising revenue. In 1952, for instance, it started the Binaca Geetmala countdown of Hindi film hits, a show that it continued to broadcast until 1994. Bombay Meri Hai, which was broadcast frequently on Radio Ceylon’s pop programmes, had a great advantage. The dholak-propelled rhythm is remarkably similar to the beat that enlivens the baila songs that Sri Lankans love, so it wasn’t surprising that they adopted Bombay Meri Hai with such a passion. 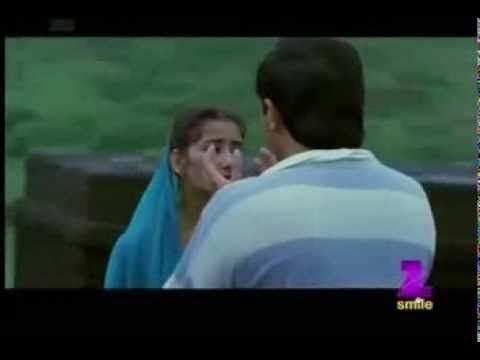 I haven’t had the chance to ask The Jetliners how they discovered Bombay Meri Hai. It’s entirely likely that they heard it in Bombay, the year it was released. After all, in 1969, the Sri Lankan group were the house band at Blow Up, the discotheque of the Taj Mahal Hotel in Bombay and they recorded two albums when they were in the city: The Jetliners Go Go at Blow Up and The Jetliners at the Taj Mahal Bombay.

However, back at Almeida Park in Bandra, the passage of time would not be kind to Mina Kava, the man who created the first-ever Indo-pop hit. In conversations with him over the years, I would learn about feuds with his record company about royalty payments, quarrels about property and other baroque disappointments too complicated for me to understand. In 1975, he wrote another Bombay song, this time about the bumala, as Parsis know that famous fish, the Bombay duck. But it didn’t become anywhere near as popular at Bombay Meri Hai.

By the time he passed away in 2002, Kava seemed to have lost much of the joy evident in Bombay Meri Hai. But the delight that his tune still brings is proof of how, once it is released into the world, music acquires a life of its own, independent of its creators. That’s clear from this Sinhalese version of Bombay Meri Hai, sung by Milton Silva.

Support our journalism by subscribing to Scroll+. We welcome your comments at [email protected]

CULVER CITY, Calif. — If you’re familiar with Indian cuisine, chances are you’ve had chicken tikka masala – the famed dish made with chunks of roasted, marinated chicken served in a tomato and cream curry sauce. At the Bombay Frankie Company, it’s just wrapped in flatbread and served like a burrito, or “frankie,” as it’s known in Mumbai.

“We wanted to bring Indian food here where it was more approachable,” said Priyanka Mac, the restaurant's co-owner with her brother Hiram Mac. “When you take a bite of a frankie, you get the texture, the flavor, the spice, the sweetness, the saltiness all in one bite.” 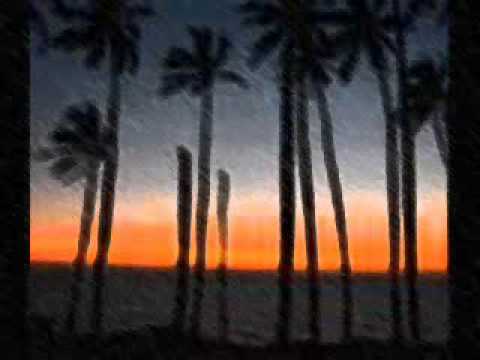 What You Need To Know

Opened Thursday at the Westfield Mall in Culver City, the large, airy space on the mall’s exterior serves traditional Indian with a fresh, California twist. Think naan baked on the spot in a traditional tandoor oven, along with saag paneer, potato samosas, and chana masala made with locally sourced ingredients, served with fresh chickpea spread, chutneys, and mango lassi, many of the dishes crafted from family recipes.

For the past few years, the Bombay Frankie Company operated out of a Chevron station in West L.A. that was owned by the Macs’ father, an entrepreneur with a portfolio of Chevron, 76, and Shell stations. The siblings had been running various quick-serve restaurants out of the locations their dad owned and thought, “maybe this could work, this unorthodox pairing of being a gas station serving essentially really high-class Indian food,” said Hiram Mac.

So the two partnered with an Indian chef who was already offering frankies as a sleeper item on his restaurant menu and went into business together as the Bombay Frankie Company.

A popular Indian street food made from anything that can be stuffed inside a flatbread, frankies originated in North India, which is where the Macs’ parents were born before individually immigrating to London, getting married, and honeymooning in Los Angeles, where the sunshine and palm trees inspired them to relocate once again in 1980.

Hiram and Priyanka were both raised in Los Angeles, where their Indian heritage was kept alive in the kitchen.

“Growing up, food was everything in our house,” Priyanka said. “Everything was always surrounded by food and the dinner table. One night we’re having dinner, and we’re already talking about dinner for the next night.”

Both parents were “really well culinarily versed,” Hiram added. “They would both make the same dish, but the taste was vastly different because of the familial spin they would put on it. Their mom or their dad or their ancestry had a particular way of making a certain dish.”

Their father has since retired from his gas station business. Now he works for his kids, as executive chef for the Bombay Frankie Company, creating signature dishes like salmon curry — a new item for the Westfield Mall location.

Otherwise, the menu will be almost exactly the same as it was at the Santa Monica Blvd. Chevron station where the Bombay Frankie Company got its start.

Their decision to move into a formal restaurant space was inspired by Westfield reaching out and offering them the location for “a great deal,” Hiram said.

“The whole situation of being in a gas station with limited parking and people fearing, ‘Oh, I don’t know if I want to eat at a gas station,’ well, now we’re in a proper brick and mortar with tons of parking,” Priyanka added.

Tucked between Macy’s and Nordstrom Rack, the new restaurant is open from 11 a.m. to 10 p.m. for delivery, takeout, and dining on its outdoor patio.