Even though they might look similar at the very first sight, they are different models.

They are all in excellent condition, the first two are actually NOS, the third one is not, but really well kept. The first one is made in 1971, the second in 1974 and the third in 1978. Read about how to date a Citizen watch here: https://vintagecitizenwatches.com/2014/02/23/dating-a-vintage-citizen-watch/

Lets start with the similarities: 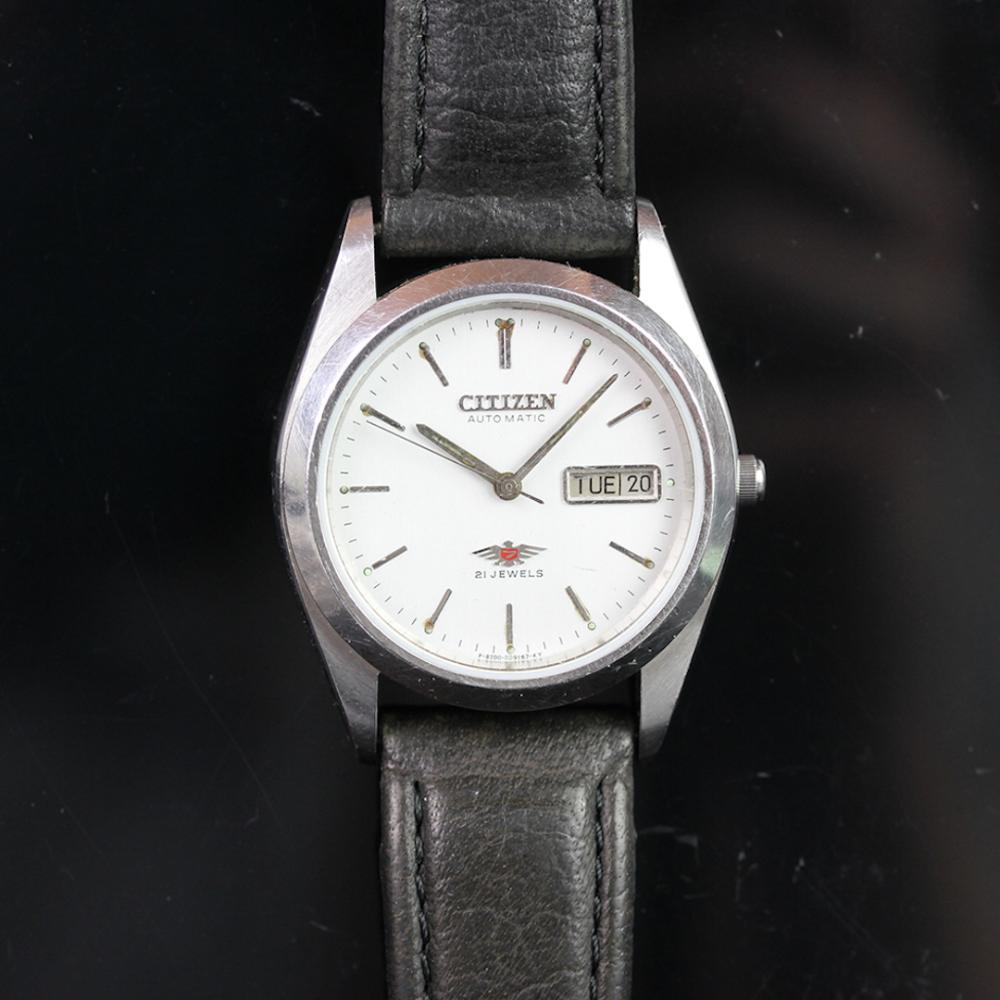 All three are divers, rated to a respectable depth of 150m water pressure. They share the same case (4-740131Y , 4-600851Y , 4-820789Y ), with the same screw-in large crown. The bezel is bidirectional friction type. The sides of the cases are polished and the frontal surfaces are brushed in a similar manner. They are 40mm wide with 20mm steel bracelets at the lugs. Thew share the same mineral crystal, concave on the inside, with a flat surface, that magnifies the beautiful black dials. The movements are automatics with 21 jewels. All three display the date at 3 o’clock and have a central sweeping hand with a luminous dot. The hour indexes are applied rectangles, large, and filled with luminous material. The hands are similar in shape (Mercedes type hour hand and spade minute hand). The three bracelets feature a diver extension link beneath the clasp. So, they are very much alike, but, let’t take a closer look!

The main difference is a small detail that I like a lot: The first one (made in 1971: 68-5372) is marked “parawater”. read more about parawater here: https://vintagecitizenwatches.com/2013/12/26/citizen-parawater-citizen-parashock/. All the other differences emerge, the way I see things, from this small detail (the date of manufacturing). The era of “parawater” was different. The first watch is the only one with a solid bracelet links, the others have folded links. The date window is better placed on the dial due to a different movement size on the ’71 watch. The hour hand and the minute hand are longer. The dot at the end of the second hand in similar to the first two models and I like this a lot. The bezels have different thickness, due to different crystal height. The thinest being the first one, getting thicker and thicker, translating to an overall watch height difference. The way the crystal fits to the case is very complicated at early models, with steel rings, rubber seals, and a lot of parts. The third one has the crystal fit by pressure ring plastic gasket. The way I see things Citizen tried to simplify production and make it mode profitable, but I like it complicated. Looking at the bezel inserts, the last one has markers on every minute. The middle one features an applied Citizen logo on the dial made from individual letters. The 1978 watch has a black digit date wheel. By contrast the other two have red digits. As a final touch, the printing on the dial is unique to every one of the three.

The casebacks are similar but with different markings. Removing the caseback we have the chance to see the movements. Three distinct movement, automatics, with 21 jewels. The most striking feature is the fact that the first watch movement is filling nicely the case, being a suited size (this is the reason for the date position on the dial). The later two have smaller movements. At least the middle one has a steel ring around it to fill the useless space. The latest one has a cheaper plastic ring. All three movements have quick date setting, and offer hand winding ability.

As a conclusion, I want to say that even though I admire the first one and really appreciate the second one, the third (the only one that is not NOS) is the one I love the most. Nevertheless, I will not disclose the reason why. 🙂 Having one vintage Citizen diver 150m is a joy, having three is a bless.

UPDATE – the second hand I have seen to be either lollipop style with the ball at the end of it or not. For any of these models. I have yet to find catalogue pictures to be 100% sure about it.

Do not know what is with the Japanese Watch manufacturers and the odd numbers.... Orient three stars, the famous Seiko Five.... and here a Citizen Eagle Seven. All the above mentioned are Japanese arch rivals in the entry level mechanical watches market. All of them are true value for money. I bought this watch brand new from a local watch shop; just for the sake of having a Citizen Eagle Seven in my collection. Ererrrrr don't get me wrong. I do have other Citizen watches.
Citizen was originally founded as Shokosha Watch Research Institute in 1918. The trade name originated from a pocket watch it produced in 1924. The then Mayor of Tokyo, Mr Shimpei Goto, named the watch 'CITIZEN' with the hope that the watch, a luxury item of those days, would become widely available to ordinary citizens and be sold throughout the world. It is now one of the world's largest producers of watches.

Here is a typical Eagle 7 with oyster like stainless steel case and fluted silver colour bezel. It has a clean silver tone dial with Arabic numeric hour markers. Apart from the Citizen wording, there is a Eagle 7 emblem above the 6 o'clock. The crown is a simple pull and adjust type and it is not signed. The watch is equipped with stainless steel jubilee bracelet with Citizen engraving at the clasp.

The case back of the Citizen Eagle Seven is screw in type. Pretty much the same like the Seiko 5 here. The beauty of Citizen Eagle Seven is what hidden beneath the case. Citizen or Miyota 8200 is among the most successful automatic watch movements.
The 21 jewel 8200 automatic movement (21,600 bph) was first produced around 1975, and by the end of the 1970's it had become Citizen’s standard automatic movement till the present day. This famed movement are used mainly in the Eagle Seven line and also Citizen automatic diver watch. Citizen also sells Miyota 8200 to other reputable watches manufacturers. Shishiii shiiiiiiiii you may also find 8200 in replica watches.....
Unlike Seiko 7S26, Citizen 8200 can be manually wound. It has a power reserve of approximately 40 hours. This movement also features quickset day-date function. The day disc contain both English and Kanji version. Below is the Kanji days of week:
曜 weekday; 日 Sunday; 月 Monday; 火 Tuesday; 水 Wednesday; 木 Thursday; 金 Friday; 土 Saturday
I would like to stress that this movement is very robust, stable and quite accurate. For the entry level automatic mechanism, this is one of the best available in the market if not the best. I can never understand why Citizen limited the sale of Citizen Eagle Seven in Asian markets only. I think Citizen and watch industries as a whole has fulfilled