Descent Into Undermountain. Down and down it goes. It was about time to unearth this infamous wreck. Badly designed, buggy and virtually unplayable to the core, Descent Into Undermountain completely wastes its TSR Advanced Dungeons & Dragons license and casts a shadow on what was an otherwise great RPG developer. The stone belly of Undermountain below Waterdeep plays home to horrific monsters, dark magics, and unspeakable evils in DESCENT TO UNDERMOUNTAIN. In this spell-ridden maze of dungeons and rips in the very fabric of reality lies the ultimate prize: The Sword of the Spider Queen, the Goddess Lolth. Stolen from her long ago, in a time when gods.

I have made a few updates and additions and will continue to edit and improve this list. Please contribute in the comments if you can.

Castle Greyhawk
The original campaign dungeon, designed and run for decades by Gary Gygax himself along with Rob Kuntz. Most of the dungeon was essentially unpublishable, as it was in the form of Gygax’s own terse notes and maps, but attempts have been made over the years, with and without Gygax’s involvement. TSR published a Castle Greyhawk module in 1988, but rather than being based on any of Gygax’s work, it’s a collection of jokey theme levels that are generally seen as a deliberate insult to Gygax after his departure from TSR. Naturally it is widely reviled. TSR made a more serious attempt in 1990 with Greyhawk Ruins for AD&D 2e; this module was updated in 2007 as Expedition to the Ruins of Greyhawk for D&D 3.5. Starting in 2005, Gygax began publishing pieces of the castle through Troll Lord Games for their Castles & Crusades system. The Castle Zagyg modules (renamed since Wizards of the Coast owns the name “Greyhawk”) cover the Free Town of Yggsburgh (i.e. the Free City of Greyhawk) and the “Upper Works” of the castle, plus a few other areas. These are now out of print, as Troll Lord lost the license after Gygax’s death, so finding them is up to you. Refer to this list of the Castle Zagyg products at RPG.net. Readers curious about the complex history of the ultimate megadungeon, and what is known about Gygax’s version, are referred to Allan Grohe’s exhaustive Greyhawk Castle Archive. 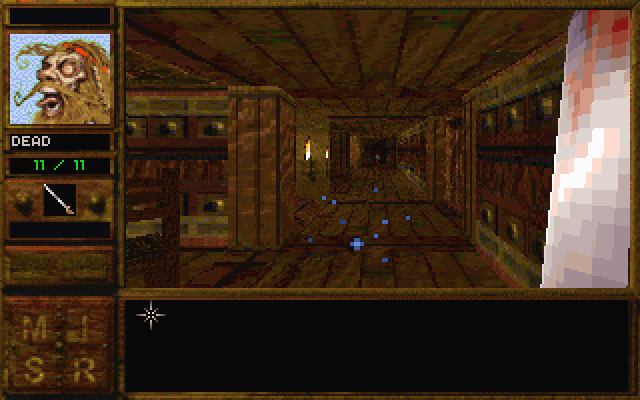 Dwimmermount
The brainchild of James Maliszewski of Grognardia, Dwimmermount raised nearly $50,000 on Kickstarter from over a thousand backers. Not sure how it’ll be made available to non-backers, but you can rest assured JM will have updates at Grognardia. You can see the Kickstarter page here.

Barrowmaze
Created by Greg Gillespie, Barrowmaze is available in pdf, softcover, and hardcover formats at rpgnow.com. You can also buy hi-res maps separately in either black-and-white or awesomely old-timey blue-and-white.

STONEHELL DUNGEON
Michael Curtis’s Stonehell Dungeon was first released in 2009. It’s available in pdf and softcover at Lulu along with two supplements that expand the dungeon.

CASTLE OF THE MAD ARCHMAGE
Few know Greyhawk better than Joseph Bloch of Greyhawk Grognard (a great gaming blog in its own right). Castle of the Mad Archmage is his take on the granddaddy of all megadungeons, Gary Gygax’s Castle Greyhawk. CMA spans some twelve levels of old-school dungeony goodness, has been hailed as one of the best products of the old-school renaissance, and is available for free in pdf form (though word is that it’s going to be officially published by Black Blade). You can also nab hi-res poster maps.

Rappan Athuk
Bill Webb’s monstrous Rappan Athuk has gone through two versions already: the original Rappan Athuk, and Rappan Athuk Reloaded, both released in the early 2000′s for 3rd edition D&D. The recent Kickstarter to produce a new version of RA (statted for both Pathfinder and Swords & Wizardry) raised an incredible $246,541 to release an even bigger Rappan Athuk through Frog God Games (who swallowed up RA’s original publisher, Necromancer).

Anomalous Subsurface Environment
ASE1, the first part of a megadungeon by Patrick Wetmore (known as PatW on various forums), includes a long description of the history and situation of his dungeon, as well as the first level. ASE is known for its gonzo attitude; set in a future Earth, it includes dinosaurs, super-science, and all sorts of whatnot.

Numenhalla
The in-house megadungeon of the Hack & Slash blog, Numenhalla is built around the credo “Don’t be a boring person telling about boring things.” It’s rare to see a megadungeon spending so much time on setting, but the Numenhalla posts spend as much or more time on the gods, races, etc. of the world as on the dungeon itself.

World’s Largest Dungeon
Published by AEG in 2004, the World’s Largest Dungeon weighs in at over 800 pages and at the time, was both the largest and most expensive roleplaying book ever published. Containing every monster included in the d20 SRD, the dungeon is designed to take characters from level 1 to 20 and includes over 1600 rooms. There doesn’t seem to be much support for it any more, but you can still buy WLD on Amazon.

Maure Castle was a location used in a campaign that Robert J. Kuntz ran for Gary Gygax, and they later both worked on. This campaign, in its pre-commercial form in 1972-1973, was the seed from which much of the World of Greyhawk campaign setting and the Dungeons & Dragons game itself originated.

The Dungeons of Castle Blackmoor details the 20 known levels of the dungeon including the first 10 levels as originally created by Dave Arneson himself. Designed to scale with varying party sizes and power levels, this incredible dungeon includes adventure material for character levels 1-20.

Goodman Games Castle Whiterock is a complete campaign. designed to take new characters to 15th level and fuel a game for years.

Caverns of Thracia is a classic Judges Guild dungeon which was expanded and updated for 3.5 by Necromancer Games.

Tegel Manor is a 240 room Judges Guild dungeon which has been republished by Gamscience. 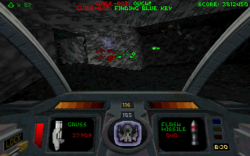 Mail has been fixed; you should now be able to confirm your e-mail address, watch pages, and the like.
Please report any issues on Discord.

Designed by Chris Avellone and the same people that would give us Baldur's Gate, Planescape: Torment, and the Fallout games, Descent to Undermountain is considered by many to be the worst Dungeons & Dragons game released, set in the forgotten realms in the titular Undermountain super dungeon.

In the STUFF folder on the disc is quite a bunch of unused stuff. This folder will not install on your hard drive during game installation and includes a lot of files (121!). Most likely copies of stuff you will see or hear during the game in different formats, but also some that aren't.

A screensaver with a Q*bert-like background and rolling balls.

Several BMP files that are most likely intended to be wallpapers. Of those, two images are never shown in-game.

Ditto, but with the artist's signature.

Many sound files are located in the 'STUFF' folder, most are copy of those used in game, except: 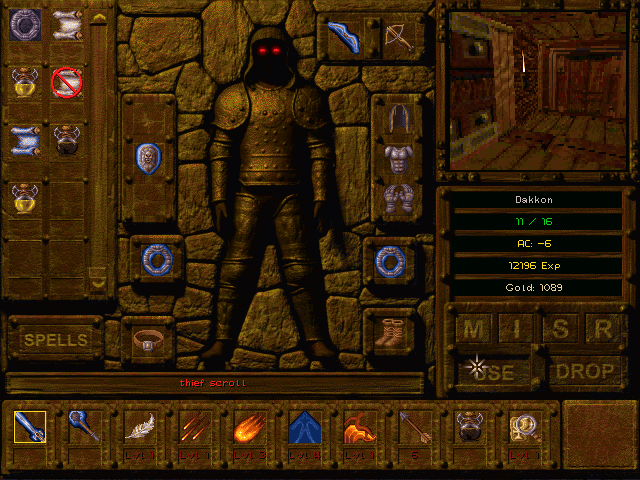 Kelben's voice will insult you if you click the 'Stop bothering me' button.

All the PCX, TGA, IFF can be viewed using software like Paint Shop Pro. The IFF files contain screenshots of LightWave3D 5.0 software showing the making of the TSR intro.

An image exists called 41.PCX. It's a screenshot of a quest description, but...it seems to be a joke.

According to the DTU.WRP file (which is a plain-text file), some areas of the game were deleted before the final release. Only the internal names (CLAN2, DROW4, BEHOLDR2, MADLANDS, IBBALAR2, PLAYGROUND) remain.

Present at the end of CONFIG.BAT:

Only present in v1.0, while the credits roll, an interesting recording of the developer team discussing budget constraints ($8?) and the choice of what should be the credits theme is heard.

Within the game's executable is evidence of an 'evaluation copy'. It doesn't appear this version ever leaked outside of Interplay:

Also in the exe file is some clue about a possible shareware version. This was, in fact, never released, much to the complaint of gamers prior to the final release date:

Many complaints about this game arose from the lack of multiplayer support, even though it was promised on the game's box. This feature was apparently removed late in development but you can still see the network initialization if you run DTU.BAT with the '-verbose' command.

By looking at the DTU*.TEX files (there are nine of them and are plain-text), you can see all the multiplayer messages at different phases of development. The tex files suggest it also had multi-language support planned.

It seems that the game had Redbook support at some point in development. Present in the executable is this text:

DTU.SNG has a map of the different tracks it would have played with their length and where it would be played: