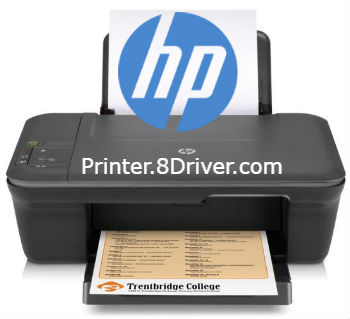 The C4580 sits at the bottom of HP's Photosmart range, providing basic features and a few extras for an affordable price. This multifunction hasn't changed drastically from previous iterations, but improved quality and some added features make it a better unit overall.

The Photosmart C4580 follows the same design tenets as the other printers in HP's low-end Deskjet and Photosmart ranges, with minimal controls. The controls are restricted to a button for copying, as well as three awkwardly designed selection buttons that accompany the tiny, fixed-position colour LCD. The LCD's small size makes viewing photos from a memory card difficult, but not impossible.

Unsurprisingly, media input options are limited. The paper input and output are only separated by a small piece of plastic that prevents the two from mixing. Ink replacement is done via a front panel, rather than lifting the entire top half of the printer's body. Unfortunately, it is a difficult process because of hard-to-reach cartridges.

The killer feature of the C4580 is undoubtedly the inclusion of integrated Wi-Fi, allowing users to set up an ad-hoc network or share the printer over an established network. It also offers USB 2.0 connectivity and a media card reader that supports SD, xD, MemoryStick and MMC, but doesn't support CompactFlash or have PictBridge USB support. 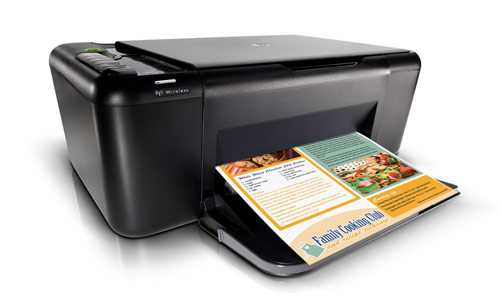 Unlike the new double-drop ink cartridges of the Photosmart C5380, the C4580 uses the same 74 and 75 ink cartridges as older iterations, providing a reasonable cost of 19.2c per page. This makes it slightly cheaper to run than the C5380.

Previous low-end HP printers have often put speed first and quality second. With the C4580, quality is put on a pedestal at the cost of some slower print speeds. In our tests, a draft text document printed at an average of 18.75 pages per minute, with the first page out in 11.4 seconds; the printer slowed significantly to 5.8ppm when the quality was boosted to normal. Colour text documents were slower again, with draft documents printing at 13.9ppm, with the first page out in 11.1 seconds, and normal quality documents taking 24.36 seconds per page. By far, the printer's weakest point is its photo printing speeds, at 45.6 seconds for each 4x6in print and 2min 13sec for an A4 printout using normal quality. Though slower than other HP multifunctions, these speeds are still competitive with other printers.

Although the C4580 doesn't provide the same level of quality as the Photosmart C5380, it improves on its predecessors. Text is clear and readable. Colour in graphical documents isn't as accurate as the C5380, though this isn't too surprising considering the C4580 doesn't use dual-drop technology. We also noticed a consistent drop-shadow effect when printing black text on a colour background. It is only a minor issue, however.

Like the Photosmart C5380, the C4580 manages to minimise banding on photo prints, with only slight evidence of a problem that affects many inkjet printers. There is some colour inconsistency and over-saturation, but overall the C4580 produces excellent photo prints that surpass both previous printers in the Photosmart range as well as competitors at the same price point. While we recommend spending the extra cash on the C5380 for even better quality, those who can't afford to should be pleased with the C4580.

Unfortunately, like the C5380 the C4580 scans poorly. It has a low optical resolution of 1200x2400 dots per inch and it produces dull images that lack vibrancy. This shouldn't be too much of an issue for most people; it will definitely scan in a standard text document without a worry, but users looking for a decent photo scanner should look elsewhere.