Set in Ooty, Yamapasham starts off with a toxic chemical leak in a factory. When the workers fail to clean-up or notify the authorities, the leak which turns out to be an deadly zombie virus slowly spreads to the humans.

On the other hand, Karthik (Jayam Ravi) is a sincere traffic police officer whose life is thrown upside down when his sister gets kidnapped during the time this virus spreads all over the city. Parallel to this, a group of doctors including Renuka (Lakshmi Menon) are trying to find a cure for this deadly virus.

The events that take place after the virus leak and how the lead pair’s path crosses each other and how they manage to solve this problem makes up for the rest of the story.

The director should be applauded for taking a risk with a unique genre that has seldom been attempted in India. Zombie genre, although famous for decades in Hollywood, has never been focused upon and the director had the right idea in mind to introduce the new genre in the south. 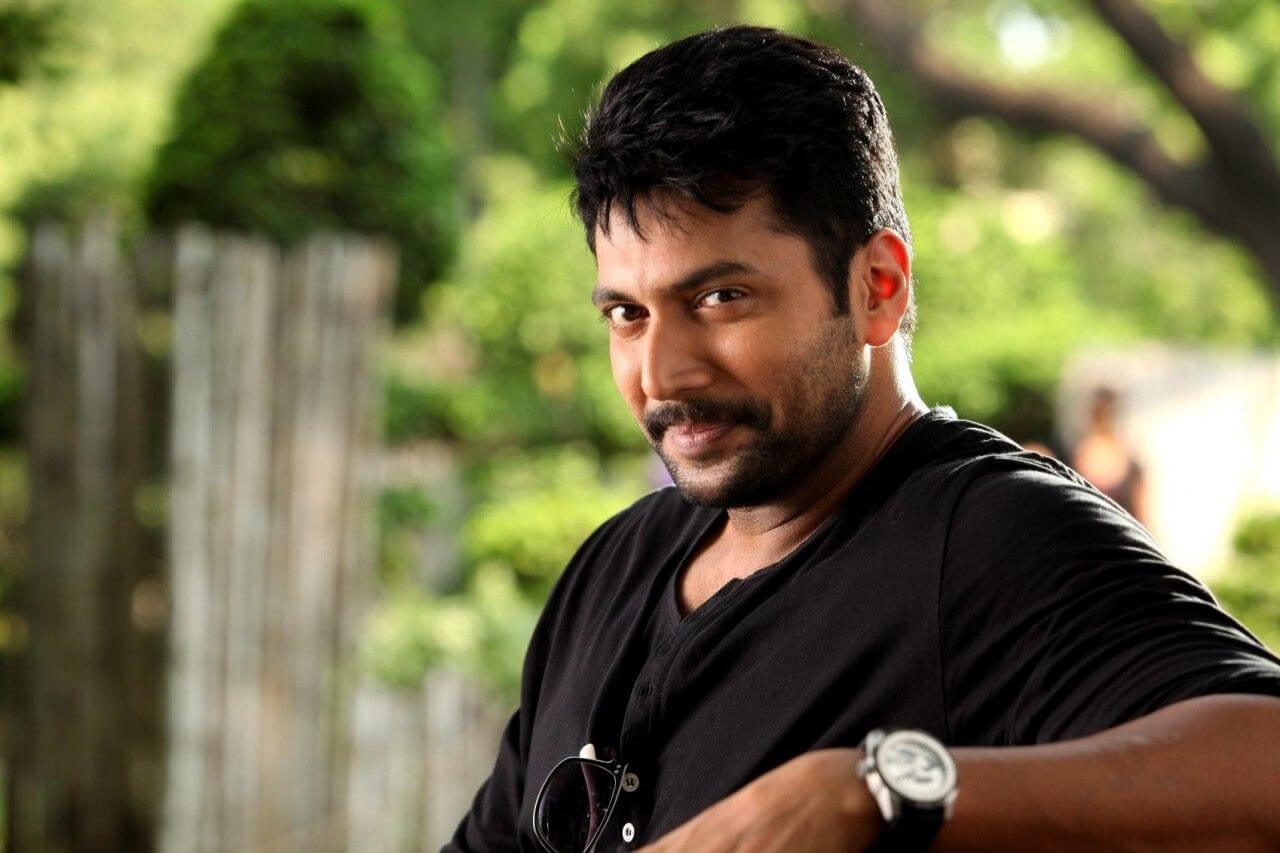 Jayam Ravi and Lakshmi Menon have acted well within their limitations of their characters. Kali Venkat brought some laughs into the mix. Rest of the ensemble cast did a decent job. First half kicks off with a decent start and the interval bang is quite interesting. A short, crisp runtime and impressive production values are another highlights for this zombie thriller.

To start off with, the studio who bought the rights could have chosen a much better title than Yamapasam which sounds like a B-grade flick. Although the idea was novel and the director had ample amount of chances to create enough thrills, he failed to utilize the opportunity and throws in too much melodrama which bogs down the proceedings.

Logic goes for a toss and a little more clarity on the virus leak would have been helpful. The second half, especially the climax are a huge disappointment. After an interesting interval bang, the second half takes a straight dip and falls even further with the climax fight.

The abrupt ending also leaves a lot to be desired. Dubbing for a few artists is worse. The love story is half-baked and could have totally been avoided. The actors are quite famous in Tamil, but are relatively unknown in Tollywood, which will also work against the dubbed version.

Production values are quite good. Editing is sub-par but the placement of songs could have been better or avoided altogether. The background score is unusually loud and abruptly cut in certain places.

Dialogues are nothing great to write about and due to average translation effort, the effect is lost in places. VFX is ordinary but the make-up for zombies is commendable. The sets bring a positive effect to the happenings.

On the whole, Yamapasham fails to impress the audience. Although, the concept is completely new to the south, the makers have completely faltered in churning out a thrilling ride. Also, the ending will especially leave the viewers in disgust. Finally, if you have nothing better to do and are still hell bent on watching this zombie flick, go in at your own risk.

Jayam (transl.Victory) is a 2002 Indian Telugu-language romanticaction drama film written, produced and directed by Teja under the Chitram Movies banner. Nithiin, Sadha, and Gopichand starred in the lead roles and music was composed by R. P. Patnaik.[1] It was remade by M. Raja in Tamil with the same title in 2003.

In a village, the parents of first cousins Sujatha and Raghu decide that the children will marry one another when they grow up. Raghu is seen to be arrogant and negatively shaded since young. He smokes and steals money from his father to gamble. Once when Raghu attacks Sujatha's classmate when he helps her, Sujatha breaks all bonds with Raghu. When Raghu's family moves to another village, Sujatha and Raghu do not even say goodbye to each other. Meanwhile, Raghu's father gifts Sujatha with silver anklets and requests her to never remove them, to which she obliges. Several years pass by. Raghu and Sujatha are very distanced. Sujatha grows up to be a beautiful teenage girl whereas Raghu becomes a rogue and a womanizer. Every time his mother speaks of Sujatha, he feels disgusted. He goes to the extent of sleeping with his servant.

Meanwhile, Sujatha goes to college where she meets Venkat. Venkat is from an extremely poor family and does small jobs to support his single mother, and pay the money lender. He has a decent group of friends and they are classmates with Sujatha. Venkat has an instant crush on Sujatha, which Sujatha does not reciprocate. Venkat asks Sujatha to come to the temple festival, to which she refuses. But in the end, Sujatha comes, indicating that she is in love with Venkat. Venkat and Sujatha start dating and communicate with each other on the train by writing to each other on the blackboard at the side of the train.

Once, when building up the courage to board the same compartment in the train as Venkat, Sujatha is spotted by the family astrologer. She goes home scared and as she had expected, the astrologer had told Sujatha's father. Her father tells her that she would be married to Raghu just as was decided years ago. Sujatha protests, but her father stays firm. This results in Sujatha dropping out of college and staying at home.

Raghu comes for the engagement reluctantly (still thinking of their childhood encounter), but instantly falls for her the moment he sees her. He warns Sujatha that she would never go away and marry him in the end. They both are engaged. Sujatha has a younger sister Kalyani, who turns out to be the messenger between her and Venkat. She gives a message to Venkat to meet Sujatha at the temple. The whole family goes to the temple after the engagement and there Sujatha sees Venkat waiting for her. She is spotted talking to Venkat by Raghu and his gang and they mercilessly beat him up. Traumatized, Sujatha runs to her father, but Raghu indirectly warns her family that things would turn out wrong if Venkat is seen anywhere near Sujatha.

He then mysteriously comes into Raghu's home and writes that he would be the one marrying Sujatha in the end, in blood, triggering Raghu. Fearing that Venkat would come and take Sujatha away, Raghu sends his men to Venkat's house. They trash the whole house and the things inside, sparing his mother. His mother tells Venkat's friends that he should come back with Sujatha and if he does not, she herself would kill him. Same thing happens in Sujatha's home on their wedding day he writes he will take Sujatha at 7:00. Raghu in a rush, asks the family to hurry and complete the wedding. Sujatha goes into the room to change but in reality, she is waiting for Venkat, after seeing his message on the wall. Raghu comes and breaks open the door and at the same time, Venkat comes through the roof and rescues Sujatha.

Angered and defeated, Raghu goes after the couple and a chase ensues which results in Venkat getting wounded by Raghu. The couple and Venkat's friend who helped them, escape in the train with the help of the conductor. But Raghu enters the train with his men and the couple escape to the roof, where they are cornered. To save themselves, they jump off the train and roll down to a forest. To their shock, Raghu and his men come there as well. After gaining confidence from Sujatha, he fights with Raghu. Raghu is defeated in a face-to-face combat with Venkat, and Venkat marries Sujatha.

Music was composed by R. P. Patnaik. Lyrics were penned by Kulasekhar. Music was released on ADITYA Music Company.