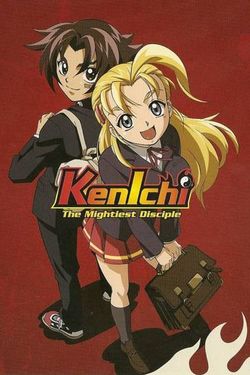 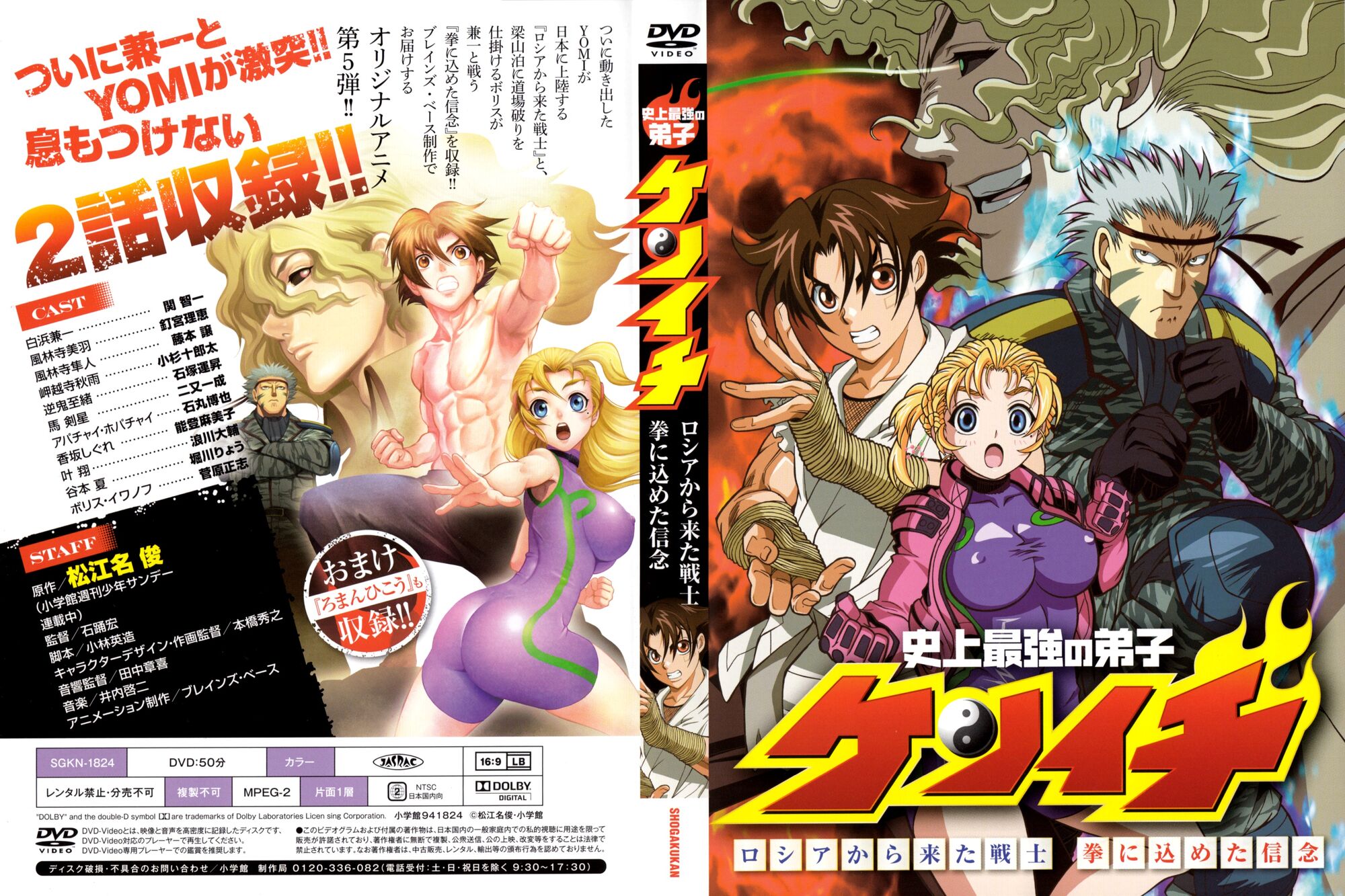 Kenichi is always getting picked on and needs motivation if he hopes to graduate, Miu’s the perfect motivation.

Shirahama Ken’ichi is an average student who has earned the nickname “Weak Legs” from always getting bullied. One day he meets a cute girl named Fuurinji Miu who helps him build the courage to begin training at a mysterious dojo where she lives. Here Kenichi faces intense training from masters of many different martial arts styles as he attempts to become stronger.
Original title史上最強の弟子ケンイチ
First air dateOct. 07, 2006
Seasons1
Average Duration25 minutes

Kenichi: The Mightiest Disciple Season 2 Part 1 continues the story of the titular character Kenichi Shirahama as he trains under five of the strongest unrelenting martial arts masters in the world, all of whom specialize in their own forms of martial arts. Meanwhile, the nefarious organization Ragnarok continues its reign of bullying and terror and a reluctant Kenichi is drawn further into a spiral of confrontations with them as he tries to protect his friends, good or bad.

The first part of Season 2 Part 1 focuses mostly around Siegfried's battle, then followed by Hermit and Loki's. Siegfried uses his ability of observation to pretend to be harmed and appear to come back from defeat no matter what while Loki uses deception to win battles, preferring to never personally get involved in fights. Hermit, a returning antagonist, has honed his skills of Chinese martial arts. However, after fighting both Siegfried and Hermit, they leave after having been used by Loki; Hermit because he grows attached to Kenichi's sister Honoka, who reminds him of his deceased younger sister while Siegfried for personal fulfillment.

Overview:
As far as the storyline goes, there isn't too much from it. Kenichi: The Mightiest Disciple is ultimately a typical ecchi comedy fighting shonen anime and as such, it basically follows the formula of Kenichi beating one antagonist and they either leave to improve themselves or become his friend. It does have a bit more complexity in it, such as Kenichi being unwilling to fight a girl and this being used against him, the prevalence of his masters, all of whom are adults and are far stronger than virtually anyone else and that his main love interest, Miu, is stronger than he is throughout most and arguably the entire series. However, not every anime story needs to be the next Welcome to the NHK in order to be entertaining.

Kenichi: The Mightiest Disciple Season 2 Part 1 contains my favorite fights, characters and plot developments. In all, I'd have to say this half of the season is probably stronger than most of the latter half. The season starts off introducing one of those characters, Renka Ma, in a great background episode that reveals more about Kenichi's master, Kensei Ma. While she isn't used much in the anime, just a few episodes, her role in the manga is much more prominent. Immediately following this we learn about the Fifth Fist of Ragnarok, Siegfried, who is probably my favorite of the Fists. His motivation for joining and remaining in Ragnarok aren't clear as he is completely different from the others. He doesn't hold any grudges nor does he seem to enjoy bullying most of the people he fights – although he does enjoy ultimately defeating them. Instead, he fights to give birth to music inside his head which is something he could do almost anywhere. Ultimately, when Kenichi defeats him, he leaves. Finally following this, Hermit returns and Loki orchestrates a battle between Hermit and Kenichi using Kenichi's younger sister, Honoka, as a hostage. This ultimately backfires, as Hermit had developed feelings for Honoka as she reminds him of his late younger sister and Honoka seems to have a childhood crush on him, though he continues to push her away.

After this, the storyline goes into a slump until the last couple of episodes when Renka returns for a comedic episode followed by the beginnings of another great arc dealing with Miu and the Eighth First, Valkyrie, as they find, in spite of Valkyrie's loathing attitude for Miu, something they both want to protect: a young abandoned kitten. While the series introduces other major characters, including the First Fist, they don't stand out as much as the others. For example, Loki is prominent early on in Season 2 Part 1 but here, beyond being a stereotypical villain with no honor, we don't learn much about him.

The English voice acting for Kenichi: The Mightiest Disciple varies quite a bit. While I really like some of the voice actors and actresses, others seem a bit off. Kenichi's English voice actor, Josh Grelle, seems decent when Kenichi is in his comedic mode, but his voice can sound unnatural when Kenichi needs to get determined and serious; more than that though, Loki's voice actor Travis Willingham doesn't seem able to get the kind of nefarious voice that his Japanese counterpart, Keiji Fujiwara was able to achieve. On the other hand, Christopher Sabat does a great job at portraying the Karate Master Shio Sakaki and Todd Haberkorn does a great job at trying to portray the devilish Haruo Niijima (although not quite as good as Martin Klien's portrayal of Katsuhiko Jinnai in El Hazard whom Nijima reminds me of somewhat). For others like Renka Ma and Kensei Ma, it is a matter of taste – they are both decent, but are completely different from their Japanese counterparts. At the end of the day, I still prefer the Japanese voice acting for Kenichi: The Mightiest Disciple although Chenrami Leigh's portrayal of Honoka really is noteworthy in that it is virtually indistinguishable from her Japanese counterpart, Tomoe Sakuragawa, save for the language.

The animation for Season 2 Part 1 varies from episode to episode. It is obvious they placed their budget on the fighting episodes, like the abandoned churchyard battle between Hermit and Kenichi. The level of detail in both the backgrounds and foregrounds for those three episodes is among the best in the entire two-disc set. However, the animation quality is still quite decent for most of the remaining episodes, although a few of the more lighthearted ones like Episode 36: “Miu vs. Renka! The Love Triangle Creates a Storm!” tend to have somewhat smoother less-detailed scenes.

Kenichi: The Mightiest Disciple Season 2 Part 1 continues a great shonen martial arts comedy series. It is the strongest set FUNimation has released in the series yet and a definite must get for anyone who likes great action comedies.

Check out Amazon to buy your copy today!

Keep it here at ComicsOnline for more anime reviews and everything geek pop culture!