OBJECTIVE: To assess the difficulty of paced auditory serial addition test (PASAT) in a population of high intellectual level, under ideal cognitive testing circumstances.
METHOD: One hundred medical students underwent PASAT testing. They had slept well the night before, they had eaten before the assessment, they were not using any drugs that could affect the central nervous system and they did not have depression, anxiety or any chronic disease.
RESULTS: The average result from the three-second version of PASAT was 57.5% and, from the two-second version, it was 44.3%.
CONCLUSION: Even under ideal circumstances, PASAT is a very difficult test for the general population. It may not be ideal for neurologists to screen, assess and follow up patients with cognitive function in multiple sclerosis.

Assessment of neurological disabilities in patients with multiple sclerosis (MS) is an important part of every patient's consultation. Appearance or worsening of disabilities will guide pharmacological and non-pharmacological approaches. Although widely used, the expanded disability status scale (EDSS)1 presents the serious disadvantage of overvaluing the ability to walk over other neurological functions. In order to bypass this disadvantage of EDSS, the Multiple Sclerosis Functional Composite (MSFC)2 has now become the most recommended tool for assessing neurological disabilities in MS. The MSFC has been translated and validated for use in many countries, including Brazil3. It provides sensitive and reliable measurement of disability for patients with MS and includes functional assessments of both the upper and the lower limbs, along with cognition.

The cognitive component of MSFC is the Paced Auditory Serial Addition Test (PASAT). This consists of difficult serial addition of numbers, and it ultimately assesses information-processing speed and/or working memory4. PASAT activates the left frontal and parietal areas5, and the results relate to brain lesions and brain atrophy, particularly when the periventricular areas are involved6. Although its inter- and intra-rater reliability is excellent, PASAT results are influenced by practice7,8. It is also known that some subjects may ignore a few test items in order to break the information down into manageable portions, thus avoiding performing several cognitive tasks simultaneously9. Furthermore, as would be expected, PASAT results may be influenced by intelligence10 and mathematics ability11. Patients have an aversive feeling towards PASAT12, unaware that bad scores may not reflect neurological impairment11. Recent studies have even suggested that PASAT should be replaced by another test for MSFC assessment13.

Our own experience with the use of PASAT has shown that most patients with MS do not like the test and often perform it badly. The aim of the present study was to assess the results from applying PASAT to a young and intelligent group of participants. With this purpose, one hundred medical students were invited to participate in this project.

The present study was approved by the Ethics Committee of Universidade Metropolitana de Santos. All the participants gave their written consent to take part in the testing.

One hundred medical students were recruited for testing. They all claimed to have slept well the night before, they had eaten before the assessment, and they were not using any drugs that could affect the central nervous system. They said that they did not have any depression, anxiety or any chronic disease for which they were undergoing treatment at the time they were tested. They also said that they had not consumed any alcohol for at least 24 hours preceding the test, and none of them had been making use of illicit drugs.

PASAT was applied under ideal conditions. Each study subject, in turn, was seated comfortably in a quiet room, and was given full instructions on the test. Both PASAT versions (two seconds and three seconds) were applied, i.e. the sequence of numbers was presented with two and three-second intervals, as separate tasks of the test.

The assessed group consisted of 49 women and 51 men, aged between 20 and 40 years. Because of the characteristics of the population (medical students), 76% of the subjects were aged between 20 and 25 years. A summary of the results is presented in the table.

There were no statistically significant differences between males and females, or correlations of results with age of participants. All participants considered the test to be very difficult to perform.

The recent review by Ferreira14 showed that assessing cognition in MS is a challenge. A large variety of factors that are not specifically related to cognitive dysfunction may influence performance in the tests usually used in clinical practice. Most neurologists do not have a neuropsychologist available for testing all patients and, therefore, have to screen and select cases for referral, for proper and detailed neuropsychological testing. Ferreira14 concluded that the absence of uniform recommendations for cognition testing make it difficult to obtain clear evidence of cognitive dysfunction.

The present work adds to the discussion on cognition testing, through showing that the widely used PASAT provides inadequate results even for young, intellectually active individuals under ideal testing conditions. The results among MS patients may therefore be compromised, given that these patients frequently present fatigue, depression, sleep disorders, anxiety and systemic diseases15. Their symptoms present fluctuations that may affect the results from a test like PASAT, without indicating specific cognitive deterioration.

In conclusion, while PASAT may be a useful test for neuropsychological evaluations by specialists, it may not be an adequate MS screening test for routine consultations conducted by neurologists. These questions are not new: Gow and Deary already reviewed the limitations of PASAT and suggested that attention and concentration should be tested without numbers12. It may still take time for neurologists to uniformly agree on a simple, reliable and easy-to-apply cognition test for MS in daily clinical practice. 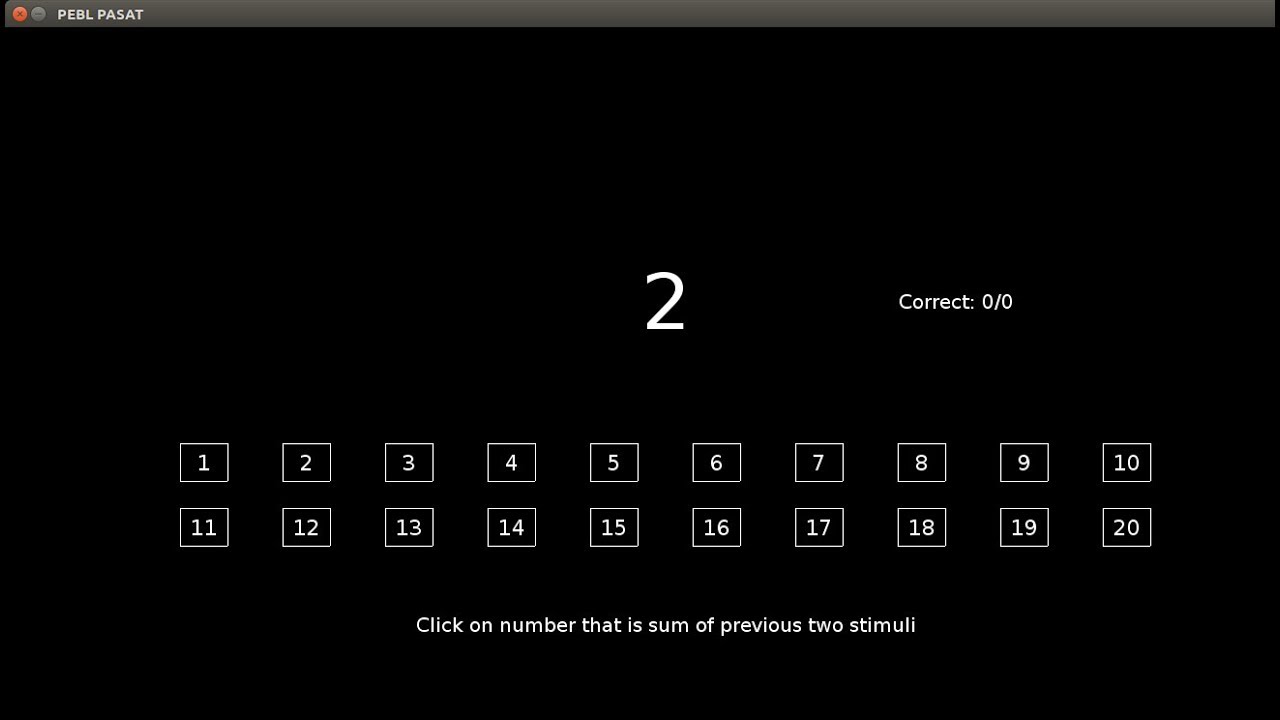 Only gold members can continue reading. Log In or Register to continue

You may also need