The Champ may refer to:

In JazzTimes Chris Kelsey wrote 'Sonny Stitt’s It’s Magic (Delmark), an organ-trio date recorded in 1969, is less magic than simple sleight-of-hand. Absent is the dauntless intensity he could bring to the table when the mood struck him. Edward Hammond Boatner Jr. (February 2, 1924 – July 22, 1982), known professionally as Sonny Stitt, was an American jazz saxophonist of the bebop/hard bop idiom. Known for his warm tone, he was one of the best-documented saxophonists of his generation, recording more than 100 albums. View credits, reviews, tracks and shop for the 1974 Vinyl release of The Champ on Discogs. Sonny Stitt was in great form in the early '70s, and the rhythm section on this release (which has been reissued on CD) is excellent: pianist Duke Jordan, bassist Sam Jones, and drummer Roy Brooks.The problem is that trumpeter Joe Newman is not quite up to par, and Stitt constantly cuts his own solos short to make room for Newman.While there are some good spots for Stitt's tenor and alto, his. Track #4 from Sonny Stitt's album 'The Champ'. The Champ is a Sonny Stitt album recorded at RCA's Studio B on April 18, 1973. Personnel: Sonny Stitt - alto &. 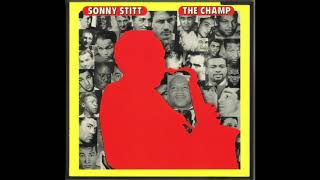