(OPINION) ETH – Pastor Dana Coverstone has had quite a few very troubling prophetic dreams about America’s future, but this latest dream shook him up emotionally more than any of the others. In the dream, he saw the Statue of Liberty under attack, and he interpreted that to mean that our nation as a whole is under attack.

Statue of Liberty, formally Liberty Enlightening the World, colossal statue on Liberty Island in the Upper New York Bay, U.S., commemorating the friendship of the peoples of the United States and France.Standing 305 feet (93 metres) high including its pedestal, it represents a woman holding a torch in her raised right hand and a tablet bearing the adoption date of the Declaration of. Visiting the Statue of Liberty is extremely popular with travelers coming to New York City. Especially in the summer, this can mean long waits for the ferry, but with these insider tips and advice, you can save yourself time and make the most of your visit to the Statue of Liberty.

And of course, that is definitely what we are seeing here in 2020. Those that reject our history, our culture, and our Constitution have launched a relentless assault against our most cherished traditions, and it is only going to get worse. 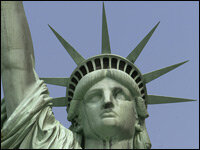 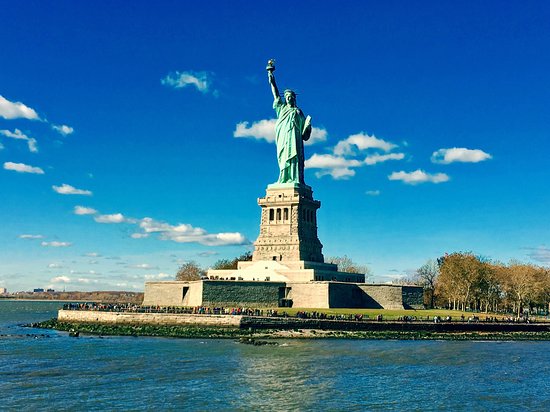 The goal is to reshape America into something that is fundamentally different from what our founders intended, and to a large degree, they are succeeding. For better or worse, if there is one national symbol that has come to represent the U.S. as a nation it is the Statue of Liberty.

Whenever that symbol is used, people instantly recognize that it is a metaphor for America. Personally, I wish that our most recognizable national symbol was a Christian symbol, but that is not the case. Over the decades, there have been numerous prophetic dreams and visions in which the Statue of Liberty has been used to represent our country, and at the end of this article, I will share an example of this. 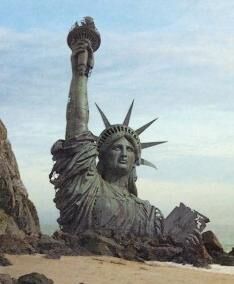 Many are comparing Pastor Coverstone’s latest dream to what A.A. Allen was shown all the way back in 1954, and I agree that there seem to be quite a few parallels. One of the things that I really appreciate about Pastor Coverstone is that he shares exactly what he was shown without any filter.

That way we can come to our own conclusions about what his dreams may mean. In his latest video, Pastor Coverstone becomes quite emotional as he describes this new dream. He obviously has a great love for this country, and it was not easy for him to see what he saw. READ MORE

Beginning in the 1880s, the American Committee of the Statue of Liberty was responsible for raising funds to pay for the construction of the pedestal and installation of the Statue. Joseph Pulitzer, publisher of the newspaper The World, spearheaded the sale of models of the Statue of Liberty to the public through his newspaper. Beginning in 1885, Pulitzer began advertising the sale of these models to be sold to the public in two sizes; a 12-inch model for five dollars and a 6-inch model for one dollar. The museum collection includes several of these original American Committee models.

Original letters addressed to Joseph Pulitzer are included in the museum collection and indicate that raising of funds for the construction of the pedestal was not a simple task, as illustrated in the 23 March 1886 letter written by American Committee treasurer Henry Foster Spaulding concerning the dire need for funds to continue the work of constructing the Pedestal.

While under the control of the United States Army in the 1920s, the Statue of Liberty was in need of repair. One of the workers assigned to the project was a craftsman, Kenneth Lynch, who was knowledgeable with repousse techniques. According to Mr. Lynch, he was asked to repair damage to the Statue caused by the Black Tom explosion (created by German saboteurs to a warehouse and pier in New Jersey during World War I). Quartered by the Army in the old barracks on Bedloe's Island. Mr. Lynch and other workmen made the needed repairs. In 1975, Mr. Lynch, now head of his own company, donated the tools used for this repair work: two 6-foot wood hammers for supporting unreachable areas from inside as the rivets were hammered into the copper sheets from the outside.

By the 1980s, a major restoration of the Statue was needed. The restoration involved approximately 1,000 workers from many different trades who proudly displayed their union affiliation and contribution on their clothing and equipment. Some of the workers generously donated their decorative attire to the museum collection. The engineering and architectural work on the 1980s restoration of the Statue is extensively documented and all reports are available for research in the museum archives and library.

The 1980s restoration replaced the original cast iron armatures with stainless steel bars and a decision was made to replace the original torch. The newly manufactured torch with copper repousse work and gold gilding on the flame was installed on 25 November 1985. The original torch, with its 250 colored glass plates designed by Gutzon Borglum in 1916 is now on exhibit in the lobby of the pedestal. The lighthouse fresnel lens once used in the torch was removed and is now in museum storage.

Other items related to the multiple uses of Liberty (Bedloe) Island over time are a menu used by an early restaurant serving food to visitors, and a postcard with an aerial view of the island in the 1930s, documenting the extensive military use of the island as part of the defense of New York Harbor.

The military use of Bedloe's Island ended in 1937 when the Department of War turned the island over to the National Park Service. A museum dedicated to the history of immigration to the United States was proposed and built inside the pedestal of the Statue in the 1960s. The completed museum, called the American Museum of Immigration (AMI) opened to the public in 1972 and was administered by NPS curators until 1991 when it closed after the opening of the Ellis Island Immigration Museum. The administrative and business files of AMI and items associated with its development and operation are in the museum archives and collection.

The museum objects once exhibited in the AMI are now part of the museum collection and some of these items, such as a wood plate brought by an immigrant from Czechoslovakia, are currently on display in the Ellis Island Immigration Museum.