There are two bands that have recorded under the name The Toy Dolls. The Toy Dolls are a British punk rock band. They formed in 1979, playing their first ever gig at Millview Social Club, Sunderland, Tyne and Wear, UK, on 20 October 1979. After a couple of gigs, vocalist Pete Zulu left to form his own band. Nellie the elephant - Toy Dolls Em B Em B F# To Bombay a travelling circus came, they brought an B F# B inteligent elephant and Nellie was her name Em B Em B One dark night she slipped her iron chain F# B and off she ran to Hindustan F# B and was never seen again. Oooooo E A E Nellie the elephant pack her trunk and said goodbye to the circus A.

Toy Dolls are an English punk rock band formed in 1979. Departing from the angry lyrics and music often associated with punk rock, the Toy Dolls worked within the aesthetics of punk to express a sense of fun, with songs such as 'Yul Brynner Was a Skinhead', 'My Girlfriend's Dad's a Vicar' and 'James Bond Lives Down Our Street'. There is often alliteration in their song titles (e.g. 'Peter Practice's Practice Place', 'Fisticuffs in Frederick Street', 'Neville Is a Nerd', “Quick to Quit the Quentin”). They are probably best known however for their sole UK hit, a punk-rock cover of 'Nellie the Elephant'.[1]

Their albums usually include a cover version of a well-known hit song, usually sped up to the usual punk rock tempo. Covers have included: 'Blue Suede Shoes', 'Toccata in Dm', 'No Particular Place to Go', 'Sabre Dance', 'Livin' La Vida Loca', 'Lazy Sunday', 'I'm Gonna Be (500 Miles)', 'She's So Modern' and 'The Final Countdown'. They have also recorded parodies of popular songs, such as 'The Kids in Tyne and Wear (Kids in America)' and 'The Devil Went Down to Scunthorpe (The Devil Went Down to Georgia)'. Their albums often start with a short intro with a catchy guitar riff, and end with an outro, which is usually a slightly longer variation of the intro riff. Kazoos are also prominent in many of their songs.

Most of the band members have nicknames, and are rarely seen without their cartoonish rectangular sunglasses (although they appeared bare-eyed on the One More Megabytealbum cover). 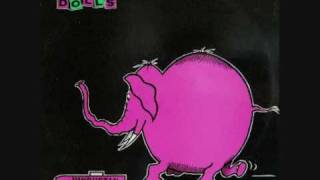 Michael 'Olga' Algar of The Toy Dolls on stage in 2005

Scott left the band in 1980 and was replaced by Dean James for four months over the summer of 1980. James later returned to the band from 1985 to 1988 as bassist. Flip left in 1983, marking the beginning of a revolving door of drummers and bassists that would characterise the Toy Dolls line-up over the years (with Olga as the mainstay and only original member). In 1984, Zulu returned to the line-up as bassist/backing vocalist, but departed again less than a year later.

They were initially grouped with the Oi! scene, and have also been classified as punk pathetique. One reason they are associated with Oi! is that they were championed by Garry Bushell, who was very involved with Oi! bands such as Angelic Upstarts (whom The Toy Dolls later supported on their first national tour). In 1980, a Sunderland businessman financed the Toy Dolls' debut single, 'Tommy Kowey's Car' with 'She Goes To Fino's' on the B-side. The single quickly sold out its initial pressing of 500 copies, but the band could not afford to press any more, making the single a collectors' item. Around the time the band signed to Volume, Olga moved to Newton Hall, in north Durham, which led to the song 'Livin' on Newton Hall'.

For Christmas 1982, they released their punk rendition of 'Nellie the Elephant', a classic children's song, which hit No. 1 in the UK Indie Chart. In 1983, they released their debut album Dig That Groove Baby. In 1984, their re-issue of 'Nellie the Elephant' reached No. 4 in the UK Singles Chart and stayed in the chart for 14 weeks.[2] Their 1985 album, A Far Out Disc, reached No. 71 in the UK Albums Chart.[2]

Since then, the band has continued to release albums and to tour widely, mainly across continental Europe, South America and Japan. After a gap of 14 years since their last gig in Britain, 2007 saw a string of UK dates taking in cities from Glasgow to London, including a 'homecoming' for a show at Durham University.

The band released a best of album, Ten Years of Toys. 1993 saw the popular live song 'I'm a Telly Addict' on the album Absurd-Ditties. In 1997 the band released One More Megabyte, which featured references to computers, mainly in the lyrics of its title track, and in tracks like the outro track. A popular cover of Ricky Martin's 'Livin' La Vida Loca' made its way onto Anniversary Anthems in 2000. The band's 2004 album Our Last Album? fooled fans in the anticipation up to its release that it was the band's last album. The outro track on the album stated that it was not.

To celebrate the band's 25th anniversary in 2004, the official biography, The Toy Dolls: From Fulwell to Fukuoka, was published by Ardra Press.

In 2006, The Toy Dolls contributed their cover version of 'Toccata in Dm' to the album project Artists for Charity – Guitarists 4 the Kids, produced by Slang Productions to assist World Vision Canada in helping underprivileged kids in need.[3]

For their 30th anniversary in October 2009 the band received congratulatory messages from a selection of musicians including Baz Warne from The Stranglers, TV Smith from The Adverts Jake Burns Stiff Little Fingers & NOFX manager Kent Jamieson.[4] 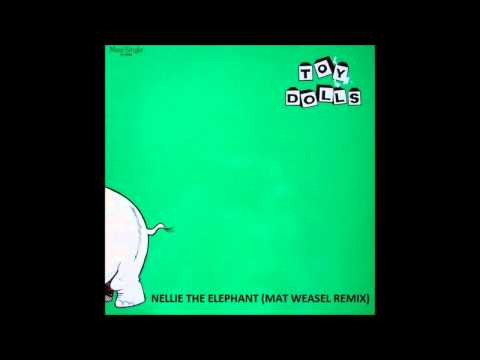 The band's song 'Nellie the Elephant' was used by Tesco in their toy advertisement in October 2014.

In 2018, the band played one show in Montebello, Quebec for the city's annual Rockfest music festival, marking the first time in the band's 38-year history that they played a show in Canada.

As of 2007, the band has had 14 different drummers and 12 different bassists. Olga is the only remaining original member of the band. After Olga, drummer Martin Yule had the longest tenure in the band (1987–2000). Yule currently owns a shop in Sunderland called 'Hotrats.' Former drummer Dave 'the Nut' Nuttall owns Jalapeño Drums (a custom drum company based in Lancaster, Lancashire). The current lead singer/guitarist with The StranglersBaz Warne also had a stint with the band. Olga has played bass on tours with the US punk band The Dickies, and also with The Adicts. Gary Dunn, former bassist of The Toy Dolls (1997–1999), teaches music at City of Sunderland College, and former drummer Trevor 'The Frog' Brewis, teaches music at Middlesbrough College, though Olga moved away from the north east of England a number of years ago, and now lives in London.

It has become a tradition to give a special nickname to every Toy Dolls member. 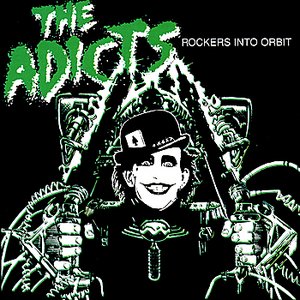 One dark night
she slipt her iron chain, and off she ran
to Hindustan and was never seen again